Symbolic interactionism also called the symbolic interaction perspective is a very crucial structure of the sociological theory. This point of view depends upon the symbolic meaning that people create or develop in the procedure of social interaction. However, the origin of social interactionism was from Max Weber’s claim that people behave according to their interpretation and elucidation of what’s the meaning of the world is to them. George Herbert Mead is the American philosopher who introduced this point of view in the 1920s to American sociology.

Social interactionism theory helps in examining society by conveying subjective meanings that individuals inflict on the events, objects and behaviours. The behaviour of individuals does not depend upon what is actually true; instead, it depends on what they believe. This is the reason why subjective meanings are given more importance. Therefore, society is believed to be socially established by human interpretations. The individuals interpret the behaviour of one another, and these interpretations are the basis of social bonding.

For example: Why do teenage people smoke cigarettes, even though all the medical affirmations point toward the hazards of consuming them? The answer of it lies in the definition that the people create of this situation. The studies have conveyed that the students have proper information about the risks associated with tobacco consumption. Although, they also have a perspective that smoking cigarettes are cool. Therefore, it will convey a positive image of them in their peer groups. Therefore, the non-literal meaning of smoking invalidates the risks and hazards associated with smoking cigarettes.

A few of the primary characteristics of our identities and social experiences, such as gender and race, can be known through the lens of symbolic interactionism. Without having any biological foundations, both gender and race create a function. It depends on the basis of what we think and believes to be the truth about the people, on the basis of what they look like. We make use of the meanings that are socially constructed for gender and race to assist us in deciding whom to interact with, the way to do so, and to assist us in discovering, at times inaccurately, the meaning associated with the actions or words of a person.

Critics on the Perspective of Symbolic Interaction

The critics of the symbolic interactionism theory affirm that symbolic interactionism is not associated with the social interpretations at the macro levels. In simpler terms, the symbolic integrationists might miss out on the more relevant social problems by focusing more closely on the trees instead of the forest. This point of view also received criticism for defaming the impact of social forces and organizations upon individual relationships and interactions. Looking at the case of smoking, the perspective of the symbolic integrationist may miss out on the influential role that the mass media plays in making perceptions about smoking with the help of advertisements and by showcasing smoking in television or films. This perspective is not taken into account when talking about social forces such as gender and race. It will dynamically influence how we perceive and believe about gender and race.

The Three Core Ideas of the Symbolic Interactionism Theory

The world we live in consists of numerous unique people and objects. But it would be impossible to live if we treated all of the unique things separately. These groups are classified as memeplexes in the terminology of Blackmore’s. Every group have a general name of its own in the form of a symbol or label after that. The examples of symbols you can see are women, men, terrorists, trees, etc. The symbol may induce an emotional response, and they may not always be in neutral terms. The whole world consists of numerous symbols; all of these have a specific meaning assigned to them. It provides with an attainable course of action and responses. Although, the choice of action that you feel to be the right one may not be appropriate for everyone.

The people must know what and who they are in this world full of distinct meanings and symbols. As it will assist them in responding in an appropriate manner to the meanings that those symbols have for them. People would not be able to decide how to behave until and unless they will know who they are and what should they do in a specific situation. It essentially requires us to look at ourselves through the perception of others.

One of the most essential components of symbolic interactionism is the point when the self and the symbol unite with others in the form of interaction. Every person in society should learn by taking other people’s perspectives into account once they start with any course of action. It will be possible to interact with others only by knowing what the other person is thinking, being in a specific situation. How effective it will depend upon the theory of mind. It is a very difficult task to do as it includes appropriately reading out a situation from the perspectives of others. It includes a huge scope of misunderstanding; errors and confusion may also occur. Therefore, while interacting, people must remember to engage. When you are reading the symbols and rules actively and during the construction of a situation. The interaction will be productive only if you are particular about these things.

This was a comprehensive guide that will help you in enhancing your understanding and knowledge of symbolic interactionism. Although, if you need any further assistance for the completion of the symbolic interactionism assignment, then you can seek help from your friends, seniors, professors or the experts of homework help Canada online.

How to Copy Multiple EML Files to Outlook 2016? 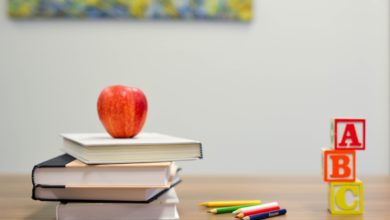 Practical Homework Help to Breakdown the Task in Doable Portions 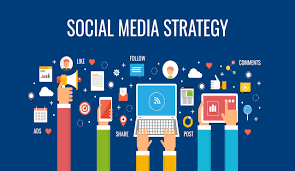 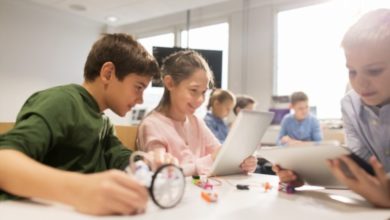 How To Overcome Your Child’s GCSE Science Learning Hurdles 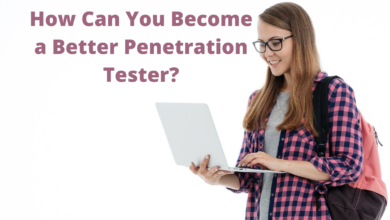 How can you become a better penetration tester?